When hunters starts getting hunted, you know there is more to it.

Some SARS officials have met their waterloo after they supposedly passed their boundaries in Ikotun.

The SARS officers were reported to have crossed their bounds in the area not knowing an army Colonel is in the hotel.

The cause of this massive and brutal beating is yet to be confirmed as at the time of filling this report. 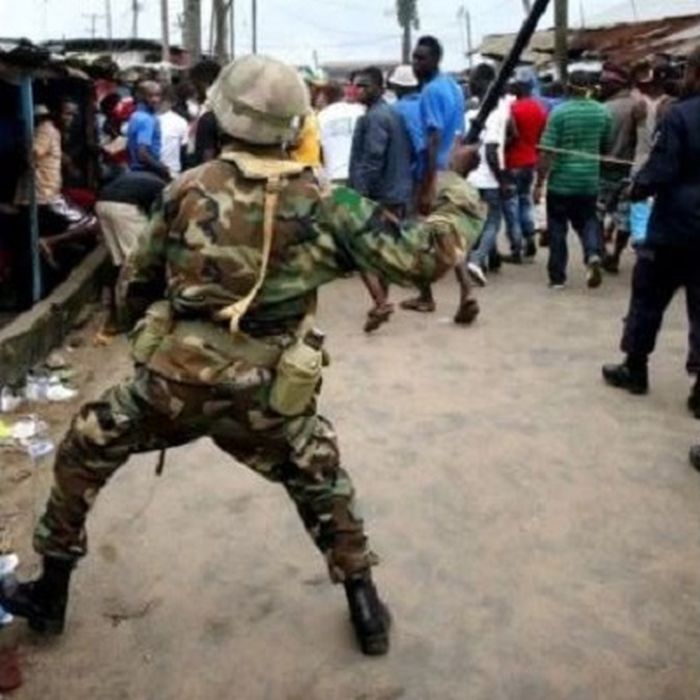 What Do You Think Might Be The Reason For This Beating?

Lets have your say

1 thought on “BATTLE OF THE FITTEST!!! Soldier Beats Up SARS Officers In Lagos”

Prophet TB Joshua Said Coronavirus Will Be Over Tomorrow

The Sweet Words Mr Eazi Wrote His Billionaire-Daughter Girlfriend, Temi On Her Birthday

You may have missed